As part of a business review we were instructed to redesign the current system to improve capability across a diverse range of service requirements. we desided to choose Wiise enterprise system and add our futures and requested changes to make it suitable for our business.

I led the design and delivery, balancing best outcomes within the resources, research and redesign our current system to get better performance and management reports. Regularly reviewing service performance to prioritise and deliver new features.

I spent my time on align with our delivery operating system; creating the strategy for migration towards a technology enabled, business and operating model; defining the delivery pathway from current to target stage; validating initiatives by breaking them down into product features, functions and process change demand; monitoring delivered change for business value, observing and influencing adoption by users, and incorporating learnings to improve performance of delivery processes.

I advocated a user-centred approach, mapped services and guided the project plan. Advised what functionality was delivered for launch and deployed thereafter.

Driving the service design we explored and defined the goals of the business. Shaped the design and defined the productivity tools, gained buy-in from stakeholders. Working with service users and customers to understand the end-to-end journeys and touch points.

Prior to instruction, I had internal department interviews. During the project I revisited research, questioning assumptions and features from the user’s perspective.

I planned for small design and build cycles, scheduling regular testing and review periods. Learning as we went enabled us to guide the product development and meet more of the project goals.

By holding cross-functional workshops I developed a better understanding of day-to-day challenges, drawing on everyone’s experience to design innovative solutions.

I identified system Users, building a picture of their activities and type of tasks they regularly performed.

Research Plan : I planned to develop separate system views, each accessed via a single portal and tailored with its own specific workflow and features.

I discovered many activities did not assist users meet their day-to-day goals on old system and cover how to improve KPIs. This resulted in cognitive overhead, frustration and disengagement.

In simple way I discover what they have in old system and what they need extra. 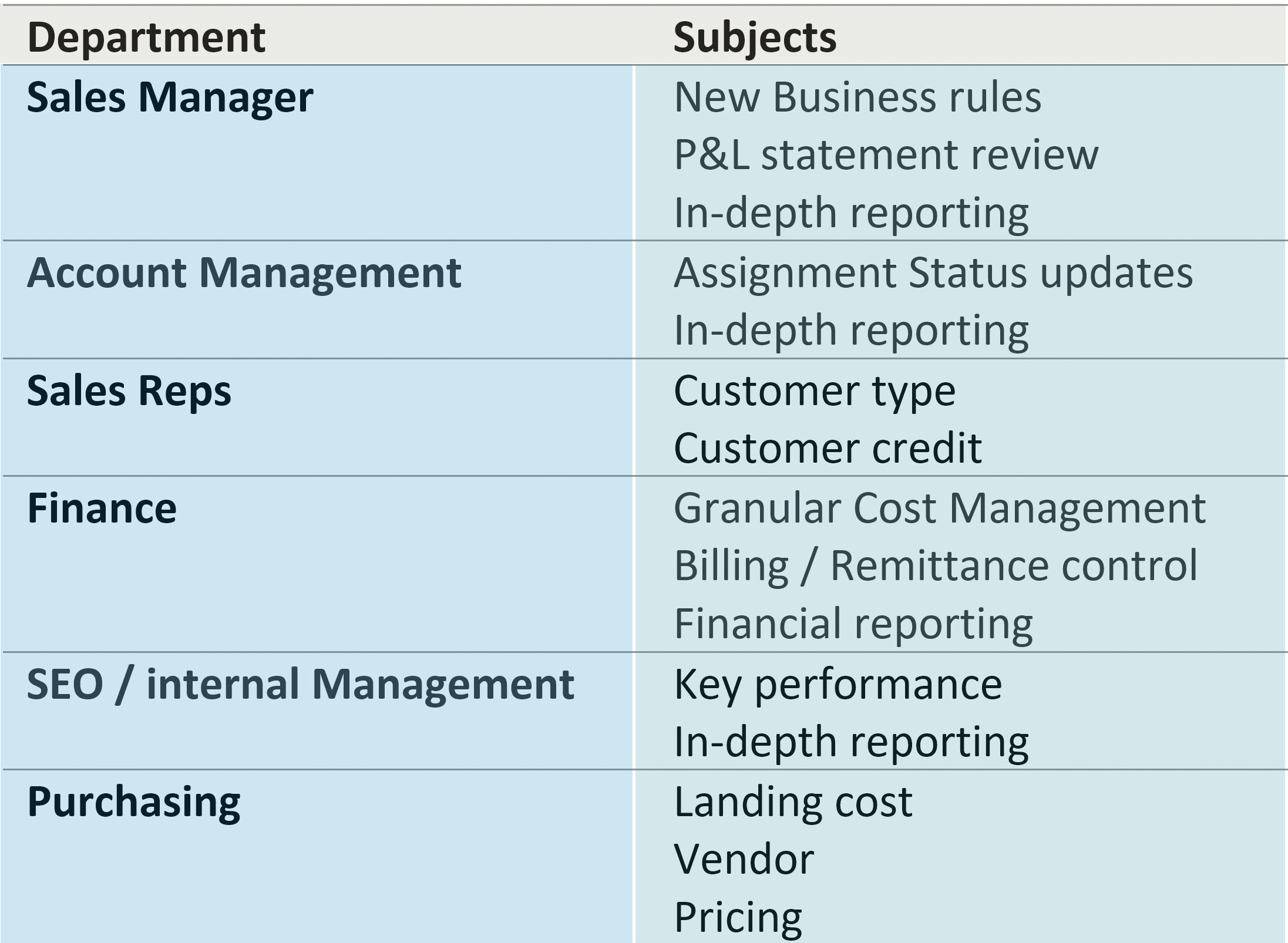 I mapped out how we could meet user needs, sketching out workflows and evolving ideas rapidly with the team. Using Excel sheet to furmulas the idea and sketching on whiteboard was great way to communicate ideas and quickly rough-out (and evaluate) journeys, interactions and layouts.

The idea was to notify users if critical information was missing or required updating, thus avoiding service bottlenecks and reporting errors.

Page layouts were already structured into new system we wanted to use so I just needed to check what we need to add to new system in a wireframes for review and test. The contents of each page; tools, widgets, forms , colors and Icons are already in system.

It was so many of them but just put one of them as a sample.

As a control experiment, I piloted the tested each task with relaed department, mainly I put all the furmulla in excel sheet and start to pick some task and ask them to test it and check if the process is fine.

Speaking to users provided valuable qualitative information and a good litmus test of how the changes had been received in terms of ease of operation and cognitive effort.

Our investigations proved that users found the revised system both simpler to use, plus we observed a marked reduction in execution time on average of 40%. More complex tasks could be completed up to 65% faster with the new usability measures. these information all average base of each department outcome.

These notable gains although relatively modest in terms of timesaving per event, could culminate in hours saved per week.

Modified batches were gradually rolled out system wide for both Internal and External user groups.

I'm Available for Chat Back to PortfolioGet In Touch